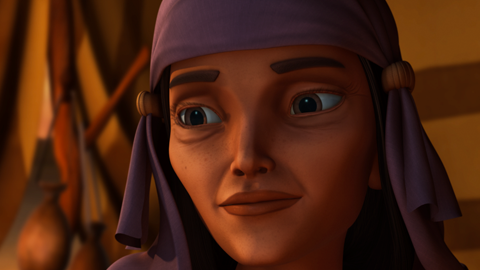 Rebekah’s father was Bethuel and her brother was Laban. They lived in Padan-aram in Mesopotamia, the area from which Abraham came. When Abraham was very old and after Sarah had died, he sent his servant to find a wife for Isaac among his relatives because he didn’t want Isaac to marry a Canaanite woman.

In Genesis 24, we read how the servant prayed and waited at the well. God showed him that Rebekah was to be Isaac’s wife when she gave him water to drink. Rebekah agreed to travel to Canaan to marry Isaac, a forty-year-old man whom she had never met. Isaac loved her very much, but they were married for twenty years before God answered Isaac’s prayer for a child. Rebekah fell pregnant with twins. She prayed about the babies struggling within her womb. God revealed to her that the twins would become two rival nations and the older of the twins would serve the younger (Genesis 25:19-26, Romans 9:10-12). This seemed to influence Rebekah’s actions. Instead of trusting God, she began to scheme for her favourite son, Jacob. She masterminded the plot that resulted in Esau trading away his birthright to his brother (Genesis 25:27-34). Jacob received the firstborn blessing instead of Esau (Genesis 27:1-40). Jacob was then sent away to escape Esau’s murderous threats (Genesis 27:41-46). Rebekah never saw Jacob again. When she died, she was buried in the cave of Machpelah (Genesis 49:30-31).

• You can speak to God about your concerns.
• Faith is trusting in God, and not scheming to make things happen.
• God even uses our mistakes in his plan.
• Favouritism hurts a family.