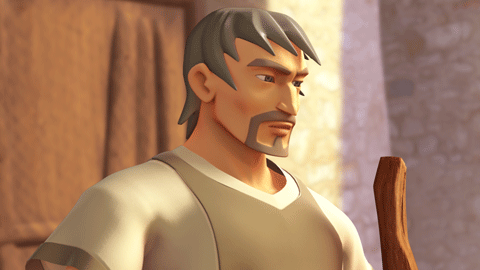 Jesse was the father of eight sons; the youngest one was David. One day the prophet Samuel, led by God’s Spirit, came to Jesse’s home in order to anoint the next king of Israel. After seeing seven of Jesse’s sons, Samuel knew that none of them were to be the next king, so he asked Jesse if he had another son. Jesse sent for his youngest son, David, who had been tending to the flocks of sheep. Samuel then anointed David as Israel’s next king (1 Samuel 16).

Some time later, Jesse sent David to play the harp for King Saul to help soothe Saul the King from being tormented by evil spirits. After this came the time when Jesse sent David with food to give to David’s brother’s who were in King Saul’s army. This, of course, led to David’s encounter with the giant from Gath, Goliath.

As King Saul grew paranoid of David’s success and wanted to kill him, David went to Mizpah in Moab to ask permission from the king to allow Jesse and his mother to stay under their protection of that king.