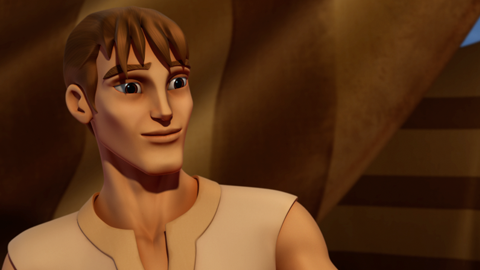 Jacob, whose name means “a supplanter,” was born with his hand grasping Esau’s heel. Before he was born, his mother, Rebekah, was told by God that “the older would serve the younger” (Genesis 25:23). As he grew up, Jacob liked to stay at home, and he was his mother’s favourite son.

Jacob traded his bowl of stew for his brother’s birthright (Genesis 25:29-34). Jacob obtained Isaac’s blessing through deceit and fraud (Genesis 27). He then fled to Haran, and on the way, he had a vision of a ladder or stairway (Genesis 28). He served Laban, his uncle, for many years and married his daughters Leah and Rachel (Genesis 29). Jacob had 12 sons and a daughter. He became very wealthy but was still a schemer. He fled from Laban (Genesis 31), and on his journey home, he sent gifts to Esau to ask his forgiveness and to restore their relationship.

At Peniel near the Jabbok River, he wrestled with the angel of the Lord (Genesis 32). The angel changed Jacob’s name to Israel because he had struggled with both God and man and had won (Genesis 32:28). Israel literally means “prince with God.” Jacob was reunited with his brother, Esau. He asked him for forgiveness, and their relationship was restored (Genesis 33). However, after Jacob and Esau buried their father Isaac after his death, they never saw each other again.

During the time of famine, Jacob went to live in Egypt where his son, Joseph, was second-in-command to Pharaoh (Genesis 42-46). On his death bed, Jacob blessed his 12 sons individually. When he died, his sons took him back to Canaan to be buried in the family grave at Machpelah (Genesis 49).