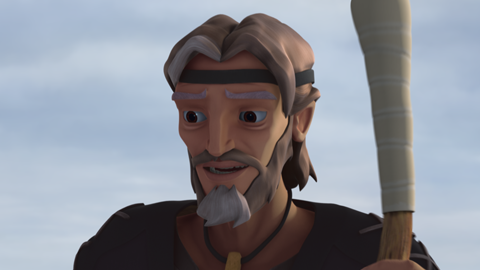 Isaac, whose name means “he laughs,” was the only son of Abraham and Sarah. He was born when Abraham was 100 years old and Sarah was 90 years old. When he was a young man, God tested Abraham and commanded him to offer Isaac as a sacrifice on a mountain in the land of Moriah (Genesis 22). Abraham passed the test, and a ram was substituted for Isaac.

Isaac’s mother, Sarah, died when he was 36 years old (Genesis 23:1). After her death, Abraham sent a servant to find a wife for Isaac from his relatives in Mesopotamia. Rebekah was God’s choice, and Isaac loved her very much (Genesis 24). For twenty years, Isaac and Rebekah were childless, but after he prayed earnestly, Rebekah fell pregnant with twins. Isaac was 60 years old at that time.

During a famine, Isaac moved to Gerar where Abimelech, the king of the Philistines lived (Genesis 26:1). Isaac deceived the king by pretending that his beautiful Rebekah was his sister! Isaac was worried that the Philistines would kill him so that they could have his wife. When Abimelech found out, however, he did not harm them (Genesis 26:10-11).

God blessed Isaac, and he became a wealthy man. He was a man of peace, and when the jealous Philistines filled up his wells, he avoided conflict. Instead of fighting them, he just moved and dug new wells. When Isaac moved to Beersheba, the Lord appeared to him and repeated the promise He had given his father Abraham. Isaac built an altar there and worshiped the Lord (Genesis 26:23-25). Because Isaac’s attitude and behavior honored the Lord, it led King Abimelech to say, “We can plainly see that the Lord is with you,” and so he offered a peace treaty to Issac.

Isaac died at the age of 180 years, after Jacob had returned with his family from Mesopotamia. His sons, Jacob and Esau, buried him (Genesis 35:27-29).