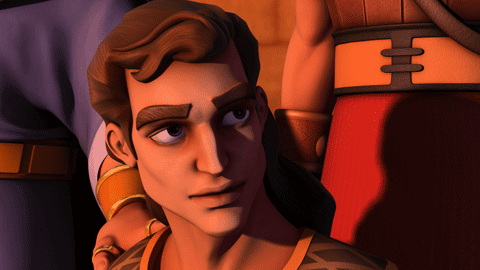 When Jerusalem was conquered by King Nebuchanezzar, a young boy named Daniel from one of Judah’s noble families was taken captive to Babylon, about 500 miles away. Although he was given the Babylonian name Belteshazzar (which was derived from one of the Babylonian gods), Daniel remained faithful to the living God. He was not only intelligent and wise, but he was also courageous. He obeyed God and held on to his convictions from God’s word. He stood up for what he believed was right and God chose him to record not only the events of the captivity but also events of the future.

Daniel and his friends chose not to eat the king’s food. Instead they chose a simpler, healthier menu, in keeping with their faith (Daniel 1). Daniel’s bold actions showed his dedication and commitment, doing what was right regardless of the consequences. He did not give in to pressure to conform – pressures from society, peers, or even the government.

He trusted and obeyed God, and his clear purpose in life was to glorify God. He persevered and served for 70 years in a foreign land that was hostile to his religion. In all that time, he did not compromise his faith in God. He was truthful, prayerful, and devoted to God. He worked diligently and efficiently and rose to a position of influence. Daniel also:

• Allow God to use you and your gifts for His glory.
• Be committed, diligent, and responsible.
• Trust God with your life.
• Be courageous and stand up for what you believe.