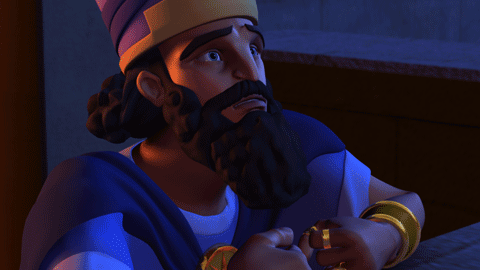 Some historians question whether Darius was the king’s name, but one thing we do know about King Darius is that he thought very highly of Daniel (Daniel 6). However, it appears that he was a proud man who liked the idea of being treated as a god. His court officials appealed to his sense of pride when they asked him to sign a law forcing everyone to pray only to him for thirty days. He was very upset when he realised his law affected Daniel and there was nothing he could do about it. When he discovered that Daniel’s God had protected him, he made a decree that all people should worship Daniel’s God — the God of the Bible.