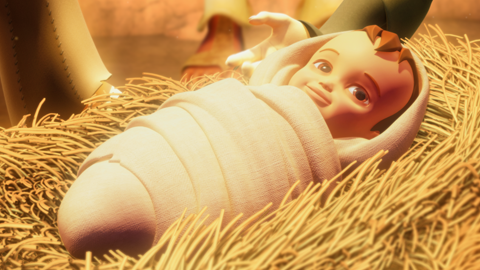 There is no man, woman, or child who has ever lived that is more important than Jesus. He is the human-divine Son of God, born of the Virgin Mary. He was born as the King of the Jews in Bethlehem toward the end of Herod the Great’s reign (37-4 B.C.). Early in his life, Jesus was taken to Nazareth where he was brought up by his mother and her husband, Joseph, a carpenter by trade. Jesus was often referred to as Jesus of Nazareth, son of Joseph (John 1:45).

The only incident we have of Jesus’ childhood is his Passover trip to Jerusalem when he was 12 years old (Luke 2:41-52). After his baptism by John (Matthew 3:13-17), Jesus began his public ministry. He chose 12 disciples who went with him as he taught the people, healed the sick, performed miracles, and preached about the kingdom of heaven and eternal life.

During one Passover week, Jesus was arrested by the religious leaders and later handed over to the Roman ruler, Pilate. He was sentenced to death on the cross. After three days, Jesus rose from the dead (John 19:20, Acts 11:36-41) and, forty days later, ascended into heaven (Acts 1:6-11).

Jesus died to pay the penalty for our sin (1 Corinthians 15:3-4) and made it possible for us to have a relationship with God(Romans 5:11).

Jesus was God’s plan of salvation from the beginning. In Genesis 3:15, God told the deceiving serpent, “From now on, you and the woman will be enemies, and your offspring and her offspring will be enemies. He will crush your head, and you will strike his heel.” This was a prophecy or promise that Jesus would defeat Satan and death. (See the Superbook episode “In the Beginning.”)

The Jewish people were waiting for the mighty Messiah to come and rescue them. He did come but in the humble form of a baby – not at all what they were expecting!

Jesus’ name means “Saviour” or “Jehovah [Yahweh] is salvation.” He is also called Jesus Christ. “Christ” is a title that means “anointed.” In the Bible, other names for Jesus are:

When Jesus was born, God’s promise of a Saviour was fulfilled. There is one more promise that still needs to be fulfilled: the promise of Christ’s return (John 14:3). Until then, Jesus commands His followers to tell others about Him (Acts 1:8-11).

If you’d like to know Jesus as your Saviour, check out the “Want to Know God” section