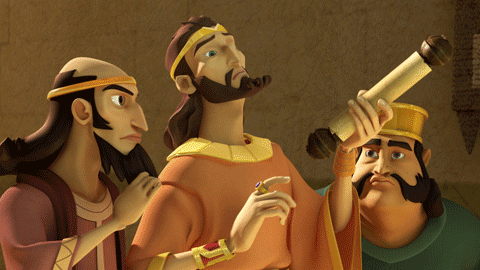 Many wise men, magicians, and enchanters were found in the court of the king. These advisers became very jealous of Daniel because of his wisdom and favour with the king. They tricked the king into signing a decree forbidding prayer. They knew Daniel’s faith was strong and that he would not stop praying. They succeeded in getting Daniel thrown into the lions’ den — but later paid with their own lives.

• Sometimes when you plan evil for others, it may come upon you.
• James 3:16 says “For wherever there is jealousy and selfish ambition, there you will find disorder and evil of every kind.”