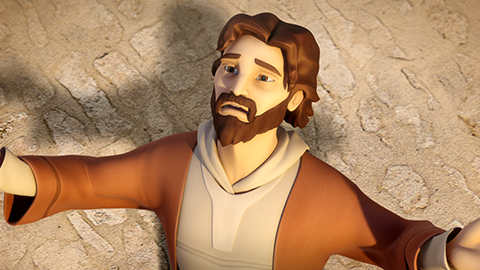 Stephen was one of the first seven deacons of the early church. Deacons were the men chosen to supervise the food distribution to the needy Christians from Greek backgrounds (Acts 6:5). Stephen was filled with the Holy Spirit. He had the spiritual gifts of faith, wisdom, grace, and power, and he became a preacher and a miracle worker.

When he preached about Christ and criticised the Jewish religion and customs, it brought him into conflict with the powerful leaders among the Jewish people. They arrested him and brought him before the Sanhedrin, the Jewish council. False charges were brought against him, and false witnesses testified against him (this means people lied about him to get him in big trouble). Stephen made a long speech that made the leaders very angry. Stephen then saw a vision of God in heaven, with Jesus at His right hand. When Stephen told his accusers the vision, they put their hands over their ears. Drowning out his voice with their shouts, they rushed at him. They dragged him out of the city and began to stone him. His accusers took off their coats and laid them at the feet of a young man named Saul (Acts 7:57-58).

Stephen was the first Christian martyr who gave his life for the gospel. His martyrdom introduced major persecution in Jerusalem (Acts 8:1-3) and resulted in the gospel being taken to Samaria and to the Greeks.

• Be faithful in your responsibilities.
• Rely on the power of the Hoy Spirit to share your Christian beliefs with others.
• Share the gospel through your actions and your words.
• Forgive those who persecute you.