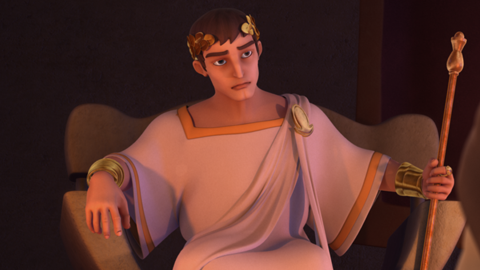 Pontius Pilate was the 5th Roman governor of Judea from A.D. 26-36. He governed the area of Judea in which Jerusalem was situated. As governor he had absolute authority over the non-Roman citizens in his district. Pilate was not popular with the Jews as he carried out his policies stubbornly – but when the Jews opposed him, he often backed down, showing his weakness of character.

We know Pilate was married because his wife warned him to have nothing to do with “that innocent man” (Jesus) as she had suffered a terrible nightmare about Him (Matthew 27:19).

Jews could not be executed without the approval from the Roman authorities (John 18:31), and that is why the Jewish leaders brought Jesus to Pilate to pronounce the death sentence (Mark 14:64). Pilate was convinced that Jesus had not done anything that deserved the death sentence, and Pilate tried to release Him. However, he didn’t want to make the Jews angry in case it damaged his reputation and his career. When the Jews insisted on Jesus’ crucifixion, Pilate handed Him over to be executed (Matthew 27:26).

Pilate showed weakness of character in that, although he had the power to set Jesus free, he pleased the crowd and acted selfishly. He “washed his hands” of the matter and did not accept responsibility for his actions (Matthew 27:24). He went against what he knew was right and chose to do wrong.

• Have the strength to stand up for what you believe to be right.
• Don’t give in to pressure from other people.
• Choose to do right, not wrong.