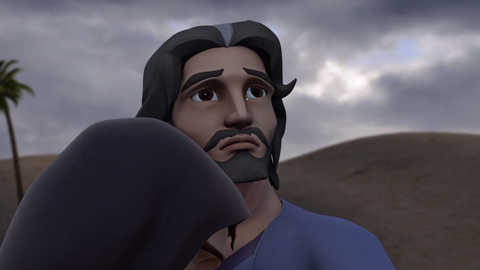 John was the son of Zebedee and the brother of James. Before Jesus called him to be a disciple, he was a fisherman in the family business on the Sea of Galilee (Matthew 4:18-22, Mark 1:16-20). He became one of Jesus’ closest disciples. He was present when Jesus healed Jairus’ daughter (Mark 5:37), and he witnessed Jesus’ transfiguration (Luke 9:28-29). He was also with Jesus the night He prayed in the Garden of Gethsemane.

John and James were nicknamed the Sons of Thunder (Mark 3:17), and it seems that John was in a leadership position among the disciples. Such was John’s relationship with Jesus that he was called “the disciple Jesus loved,” and at His crucifixion, Jesus handed Mary, His mother, to John. John took Mary into his home and cared for her as his own mother (John 19:26-27)

John wrote the Gospel of John “so that you may continue to believe that Jesus is the Messiah, the Son of God, and that by believing in him you will have life by the power of his name” (John 20:31). He also wrote 1 John, 2 John, 3 John, and Revelation.

The book of Revelation was written when John was on the island of Patmos, a small island in the Aegean Sea just off the coast of Turkey (Revelation 1:9-11). John was exiled to this island during the time of the persecution of the early Christians, most likely during the reign of the Roman Emperor, Domitian (A.D. 81-96). John lived to an old age and died on the island.

• Follow Jesus when He calls you to be a disciple.
• Love others as you are loved.
• Accept your responsibilities.
• Tell others that Jesus is the Son of God.