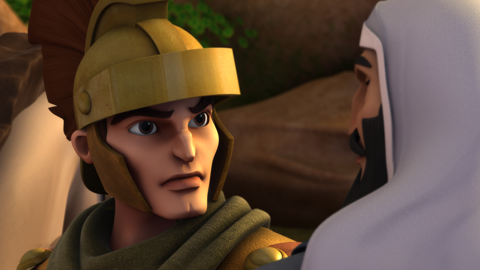 This Roman Centurion represented the civil authority that Rome had over Jerusalem. They were noticeable amongst the army because they wore a special ornate helmet. They would typically work their way up the ranks as soldiers and were promoted for their dedication and courage. They were veteran soldiers who commanded 100 men. Their group of 100 men would be a part of a larger group called a legion, which consisted of 6,000 soldiers. In Matthew 27:50-54, we see that a centurion was present at the crucifixion of Jesus and exclaimed that Jesus was the Son of God!